Why Planes Crash Case Files: 2003 follows eleven aircraft disasters from 2003, detailing how the accidents happened and how they might have been avoided. This "CSI for aviation enthusiasts" series examines both the history and the current climate of aviation to unravel the instigating events which led to these catastrophes.

The incidents include the mystery of Air Midwest 5481 made unflyable by maintenance shortcuts, the DHL crew whose wing was shot off and an inexplicable aerobatic crash solved by DNA testing.

Every chapter features a detailed walk-through of a real-life air emergency. The author combines official investigation reports and modern media coverage as well as cockpit and ATC transcripts to take the reader through these accidents and near-misses. Why Planes Crash offers an exciting and compelling look at the critical moments which define an aviation accident, explaining both the how and the why of catastrophic accidents in modern times. 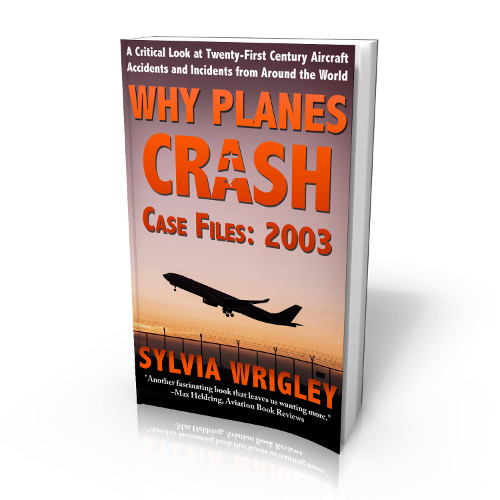